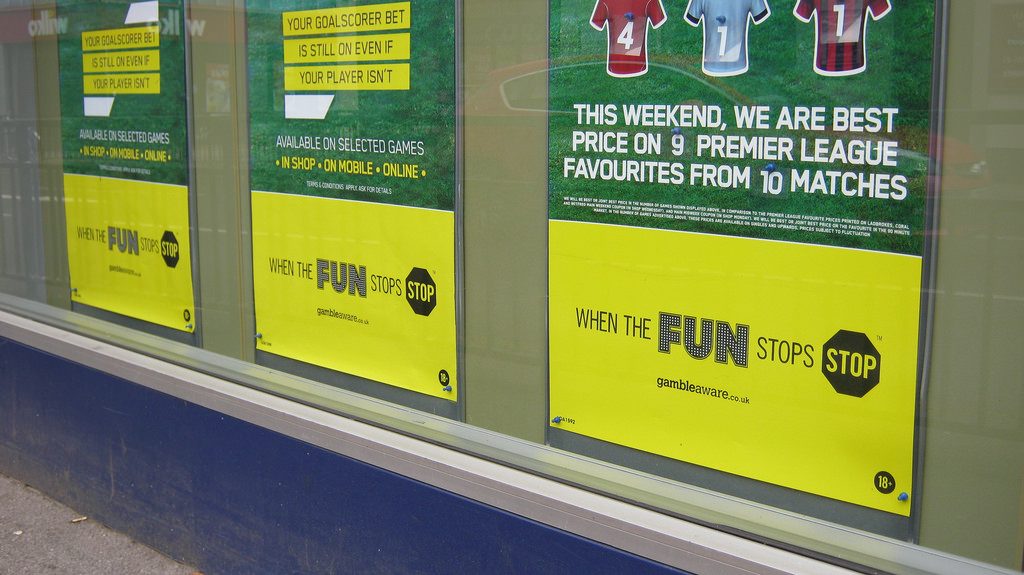 I know that Gibraltar is to a large extent dependent on the gaming industry, and we should be grateful to the many companies in this sector that have chosen to base their operations on the Rock. They’ve created thousands of jobs and facilitated the diversification of our economy that became necessary with the closure of the Naval Dockyard and other Defence cutbacks starting in the 1980s.

But as the football season draws to a close, I have to say that I’m fed up with the plethora of prime time betting commercials on UK television, especially sports channels.

It’s almost impossible to avoid them. Try to do so by making yourself a cup of tea during half time and they’ll still get you, either in the build-up to the game or after the final whistle when you’re waiting for the post-match analysis and interviews.

Don’t just bet on the result either. These days you can have a flutter on just about anything: the number of corners, fouls and yellow and red cards shown, to name a few. What’s more, with the advent of mobile phones and tablets you can now carry on betting right the way through the match – hooray!

My personal opinion, incidentally, is that a true football fan wants to concentrate on enjoying the game itself and not be constantly checking the changing odds. Besides, how do you react when the requisite target has been reached? I suppose you just hope that nothing else happens in the minutes that are left that would deprive you of your winnings.

What most annoys me about these adverts is the way they unashamedly target youngsters, principally men, in an attempt to make them see gambling as fun or cool. Don’t just be a spectator, one of them urges, be a player. Another describes punters as members of a “community.”

I’m baffled that the UK Advertising Standards Authority can ban commercials it considers are in poor taste because they contain risqué images or colourful language, yet allows ads that promote betting, whose insidious effects may be much more harmful.

A recent Bristol University study found that a quarter of men between the ages of 18 and 24 had gambling problems of varying degrees of severity. The lead researcher said young men are often a vulnerable group, and noted that today’s young adults are the first generation for whom it’s normal to see so much promotion of gambling.

Little wonder that betting is on the increase, with punters ignoring the advice included in the latest batch of adverts, which rather hypocritically states “When the Fun Stops, Stop.”