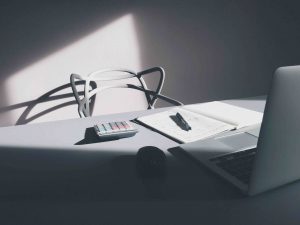 Hands up if you’ve heard of Open Courseware.

The Education Department has of course, but I’m not sure that’s true of the community more generally. I was unaware of it myself until literally stumbling upon it on the quite excellent Stumble Upon mobile app that I frequently browse. (It’s available on both iOS and Android as well as on the web: stumbleupon.com. And no, I don’t get a commission!).

The OpenCourseWare (OCW) movement as it’s known began in 1999 in Germany and really took off three years later when American universities, notably the Massachusetts Institute of Technology and Carnegie Mellon University, embraced it.

There are now more than 250 institutions around the world that have made their course materials available for free on the Internet as open educational resources through the Open Education Consortium (oeconsortium.org), a non-profit organisation registered in the United States that operates globally. As of December 2015, over 2,300 courses were available.

There are graduate and postgraduate courses in all manner of subjects, complete with lectures, notes, videos, assignments and even textbooks. Okay you can’t actually get a degree qualification unless you pay, but having all that information at your disposal for nothing is not to be sneezed at. And because you don’t sit an exam you can complete your chosen course entirely at your own pace.

I’ve always lamented that because of circumstances at the time I was unable to read English at university as I would have liked, and settled instead for Modern Languages.

Maybe, just maybe, I’ll summon the willpower to eventually put that right, now that I’m into my 60th year!

THE LONGEST DAY AND A ‘BYE FOR NOW

…Not before enjoying the summer though, my first since retiring.

I’m a bit of a beach bum and I can’t wait to soak up the sun for the next couple of months instead of just a couple of weeks, as I had to make do with during my working life.

For us in the Northern Hemisphere today is the longest day of the year. The summer solstice to give it its proper name.

If you like your stats, the sun rose at 7.04 this morning and won’t set until 21.41, giving us a whopping 14 hours and 37 minutes of daylight. That’s very nearly five hours more than we’ll get on the shortest day.

Even though 21 June heralds the summer the date is tinged with just a little regret for me. That’s because from tomorrow, days will get progressively shorter until the low point of 21 December, the winter solstice. My least favourite day is when clocks go back an hour, ending Daylight Saving Time. This year that will happen on the 29 October. In one fell swoop we’ll lose a whole extra hour’s daylight, dammit!

But I won’t dwell on that right now.

Tonight I’ll sip a mojito as I watch the setting sun, grateful that I’m able to ease my brain into neutral for a while: Yes, Stephen’s Niche is taking a summer break, but I hope to return if the editor lets me!

Whatever you’re doing, have a great summer and see you soon. 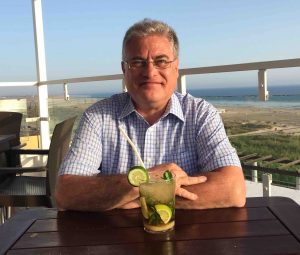 ( PS: I finally got to have my mojito three days later, in Conil)