As Gibraltar continues to grapple with traffic congestion could there be an unexpected solution around the corner?

The 2017 edition of an annual study called Beyond The Car indicates that while car ownership remains strong for the moment, attitudes may be shifting. In 2016, 29% of respondents saw ride sharing and the ability to book a cab through their smartphone as an alternative to owning a car. This year that had gone up to 34% – over a third.

Of course Gibraltar doesn’t have a tap-and-ride service like Uber yet. But it surely can’t be long before we catch up with the major cities of the world in this aspect of modern life.

We already have one significant advantage over most other places, a free public bus service. That, coupled with on-demand transportation, might eventually persuade some of us to use our car less, if not actually deter us from buying one in the first place.

Which would be just as well because, as the long-suffering motorist knows, parking too remains a major problem. Numerous car parks have been built in recent years, both under the present and previous administrations, but to little avail it seems. Why is this?

Nature abhors a vacuum, the saying goes. Maybe the same is true of a parking lot: build it and they – cars – will come. It’s certainly true of the car park above Catalan Bay, ‘my’ beach for nearly forty years. I was there by ten o’clock on some mornings this summer when very few people were around, yet already parking spaces were scarce. 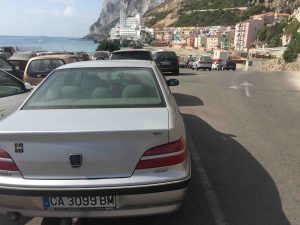 Apart from those occupied by derelict vehicles, most were taken by Spanish-registered cars. Some, no doubt, belong to employees of establishments in and around Catalan Bay village. But the sheer number suggests others must be using it too and not for the purpose of going to the beach.

I’ve noticed a similar trend at Landport Ditch at weekends, when parking is free.

And why must so many spaces in multi-storey car parks be made available for purchase or rental? 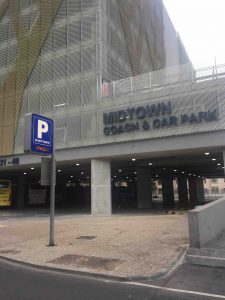 It’s good for the government’s coffers no doubt, but doesn’t it defeat the purpose if you build a super-duper car park but over time the number of spaces available for the public steadily decreases as the better off buy or rent there? I’ve seen the ‘full’ sign lit up at the entrance to the Mid Town car park rather more often than you’d expect for a facility of that size. Fingers crossed that the projected new car park at Grand Parade doesn’t go the same way.

The fact that this policy frees up roadside parking spaces is of little consolation to locals because many of them, as at Catalan Bay and Landport, are taken up by non-residents. 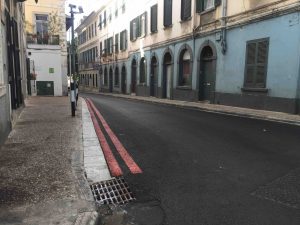 Another factor that contributes to the parking problem is the removal of spaces on the public highway for reasons such as the widening or construction of pavements. While this is welcome from the pedestrian’s perspective it inevitably results in the sudden loss of parking availability, sometimes in areas where residents have for years been used to leaving their cars unhindered.

There’s no easy solution, and governments inevitably shy away from taking drastic steps that would be unpopular with voters. But unless something happens to reduce car ownership demand, the bullet’s going to have to be bitten.