I felt rather sorry for the Chinese woman fined £100 by the Magistrate’s Court for collecting three-quarters-of-a-kilo’s worth of an endangered species of limpet found in Gibraltar. She was probably looking forward to a tasty meal, but instead found herself under arrest by Environment Department officers for having breached the Nature Protection Act. According to the Gibraltar Chronicle, the poor lady felt so bad she hasn’t been able to visit any of our beaches since.

I know the lay magistrates who sentenced her were right to state that ignorance of the law, which she claimed, is no excuse. But she would probably not have committed the offence in the first place had there been a notice warning the public that removing the limpets is a crime punishable by a fine of up to ten thousand pounds. (Yes, you read that right).

Such a notice would, arguably, also provide more protection for the limpets themselves. 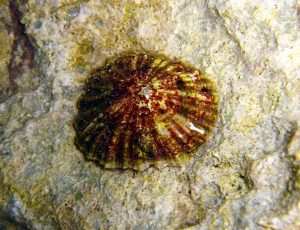 Most people won’t know that, buried somewhere in an Act that stretches to 195 pages, the patella ferruginea is described as a Specified Wild Animal that must be protected. On the other hand, everyone will understand a sign that states: “Warning – remove the limpets and face a £10,000 fine”.

Thankfully the magistrates in this case applied commonsense and only imposed a modest fine.

Incidentally around 70 Mediterranean Ribbed Limpets, to give the species its more familiar name, were “translocated” three years ago from the area of the new power station at a cost to the taxpayer of £30,000. Just three convictions, with the culprit made to pay the maximum fine, and that sum is fully recovered!

From molluscs to canines. Well, their poo anyway.

Happily the problem of dog fouling is on the wane in Gibraltar. Legislation and increased social awareness have helped make our streets much cleaner than in bygone years, with owners by and large responsibly cleaning up after their pets. 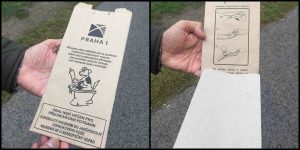 They could be encouraged further by the adoption of a scheme that’s in place in Prague, where I went on holiday recently. Across the city, in parks and paths popular for dog walking, you’ll find brown paper bags, poop scoop included. They’re free and even have instructions for use printed on them. I’m sure they’d be appreciated at the Botanical Gardens and Commonwealth Park, among other places. How about it Ministry for the Environment?

Whereas dogs can ‘go’ for free in the Czech capital, the same can’t be said for us humans. It costs 10 koruna (around 34p) to use a public toilet, rather more than the proverbial penny.

Seeing as Prague is home to 1.3 million residents as well as one of Europe’s major tourist destinations (7 million visitors last year) I’m pretty sure that one initiative for answering the call of nature more than pays for the other!

One thought on “Shellshocked”