The GSLP/Liberals are now halfway through their second consecutive term of office.  An opportunity to dust down their 2015 election manifesto and fill in their mid-term report.

At the time the manifesto was written the European Union referendum loomed over the horizon but it’s probably fair to say most people, including the Gibraltar government, thought the UK would opt to stay in. The opposite result, when it came in June 2016, threw a major spanner in the works.

The chief minister has conceded that the £1 billion Blue Water project highlighted in the manifesto did not materialise because the developer got cold feet when the UK voted to leave the EU. And it’s understandable that talks to review and modernise the 2006 Constitution, a manifesto pledge, have been put on the back burner as both governments focus on dealing with Brexit and its consequences. 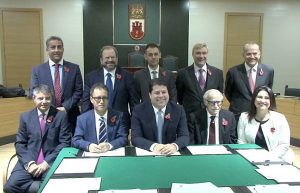 Still, responsible governments have to be prepared to deal with worst-case scenarios and in his personal message in the manifesto Fabian Picardo acknowledged as much. He said a re-elected GSLP/Liberal administration would “continue to work to understand the potential economic impact of leaving the EU and/or leaving the Single Market”. And it’s doing so, both at a local level consulting with the finance and business sectors and the unions and bilaterally with the UK through the Joint Ministerial Council.

So far Brexit doesn’t seem to have impaired the government’s ability to progress its main capital investment projects. Medical and residential facilities to care for the elderly and for Alzheimer’s and dementia patients have been created or improved. Last month an ambitious schools programme was announced that exceeds what the manifesto promised. 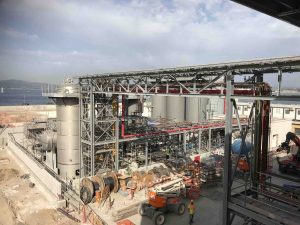 Affordable housing schemes are going ahead, although not all flats will be ready within the present term of office. And the new power station, which the manifesto states would be “completed and operating in the next 24 months”, is now due for completion in 2018.

But not everything in the garden is rosy.

On social media last week the chief minister praised his justice minister, Neil Costa, for “working on new legal assistance qualification requirements that meet (the) needs of the deserving”. This after a single mother who earns less than £5,000 a year was denied legal aid because she owns a flat. Had the qualification criteria been reviewed and “the appropriate changes to legislation made before the end of 2016”, as the manifesto envisaged, the woman might not have had to rely on the generosity of a local law firm that offered to represent her for free.

The Fire and Rescue Service is still waiting for new premises, even though a new Fire Station was “a priority” in the alliance’s 2011 manifesto; never mind the 2015 one, according to which the government would “continue to plan the NEW fire station that will be located at Rooke as part of the redevelopment of that area”.

Although the manifesto decreed that the select committee on Democratic and Parliamentary Reform should report back to parliament by September 2016, it has yet to do so.

Private sector employees are still waiting for occupational pensions to be made compulsory, when the manifesto asserted they would be introduced during this term. 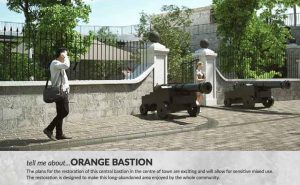 Other pending pledges include the restoration of Orange Bastion, live streaming of meetings of the Development and Planning Commission, the of Inces Hall and the establishment of an International Film Festival.

There are, of course, a possible two years to go before the next election, which means the government has ample time to meet many more of its manifesto commitments.