The GSLP/Liberals represent a step back into the past.

Mr Bossano presided over some of Gibraltar’s darkest days that left it with a reputational legacy that took years to salvage.

Since his election as GSLP leader…Mr Picardo has shown an inability to stand by his proclaimed convictions.

(The GSLP/Liberals) cannot be trusted to have the political judgment necessary to govern Gibraltar.

The GSLP/Liberals are a negative, retrograde step.

None of the above are my words.

Nor even those of their bitter political foes, the GSD.

They’re direct quotes from the 2011 election manifesto of the Progressive Democratic Party.

The deputy to Keith Azopardi going into that election was Nick Cruz. 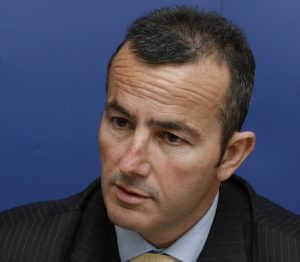 The same Nick Cruz who, in an opinion piece in this newspaper, nailed his new colours to the mast declaring himself a member of the GSLP “family”.

Mr Cruz revealed that he actually voted for the GSLP in 1988 before shifting his allegiance to the GSD in 1996 and to the PDP in 2005, now coming full circle back to the  GSLP.

“I have never been tribal,” he says.

No Nick, we certainly can’t accuse you of being that.

RETURN OF THE PRODIGAL SON

Meanwhile congratulations to Mr Azopardi who prevailed over Roy Clinton 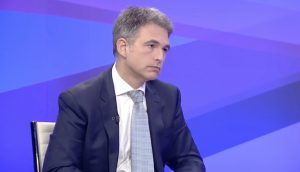 in the GSD leadership contest, obtaining 60% of the combined votes of the executive and ordinary members. He now has the task of renewing and reinvigorating the party to make it a viable alternative for government at the next general election. Mr Azopardi has already said he’ll bring in new faces.

Will he also introduce new policies?

GSD members might wish consult the aforementioned PDP manifesto for clues, after all Mr Azopardi now has a more realistic chance of implementing them one day.

In 2011 the PDP wanted to enlarge parliament from the present 17 MPs to 25, but have a maximum of 9 ministers rather than 10 as now. 8 or 10 seats would be elected on a proportional representation basis and backbenchers would be introduced on both the government and opposition sides.

It would have created a “Young Parliament” and raised the school leaving age to 16.

A PDP chief minister would have served no more than two terms and invited the leader of the opposition to accompany him to the United Nations as part of a joint delegation. The party would have revived the bid for UNESCO World Heritage Status for the Rock, built a second Primary Care Centre in the south district and commissioned a feasibility study for a monorail system for Gibraltar.

It will be interesting to see whether any of these objectives becomes official GSD policy in coming weeks and months. 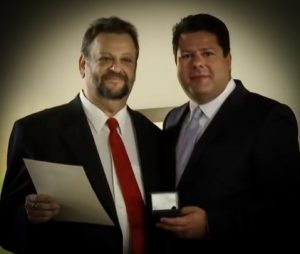 I wasn’t there but I’m told the GSLP’s Annual General Meeting, at which Fabian Picardo was re-elected unopposed as leader, was an emotional affair, it being the first without party stalwart and co-founder Juan Carlos Perez, who died this year.

The screening of a tribute video left hardly a dry eye in the hall. Juan Carlos and I clashed many a time during the eight years that I interviewed him when he was a government minister, but we always remained friends regardless. A great guy and a true socialist, the local political scene just isn’t the same without him. Hasta siempre, Juan Carlos. 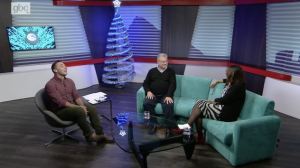 I’ve had very positive feedback to the episode of Kevin Ruiz’s GBC City Pulse programme that I appeared on recently, together with GBC senior broadcast journalist Christine Vasquez. If you missed it you can watch it by clicking here