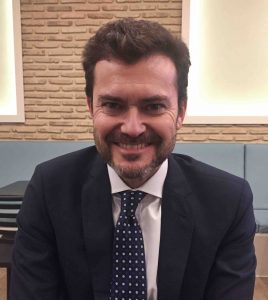 When he explained his reasons for not contesting the party leadership last year, the one-time deputy leader of the Social Democrats gave the impression that a return to frontline politics, if it happened at all, was still a long way off. He spoke about re-entering public life “in the future” and of “one day” having the opportunity of making his contribution to the “firm, brave, realistic and practical leadership” Gibraltar needs.

Surely the fact that he decided not to stand against Roy Clinton and Keith Azopardi, unlike in 2013 when he did unsuccessfully challenge then leader Daniel Feetham, meant he’d put any political ambitions firmly on the back burner?

Mr Bossino said he took his decision for personal and political reasons. He was unsure how effective a party leader could be if he was outside parliament.

Another possible reason in my view is that if he’d fought and lost the leadership election it could have damaged, perhaps fatally, any prospect he had of someday taking over the reins.

Mr Bossino can now afford to wait in the wings and see how the GSD fares at the next general election. If it doesn’t do well he can set himself up as an alternative without being accused of disloyalty. In the statement ruling himself out of the contest, remember, he pointedly said he’d decided not to put his name forward “on this occasion”.

But if you’re playing the long game, why go to the trouble of recording a political video blog and posting it on social media, as he did a fortnight ago?

In a six-minute address, Mr Bossino outlined his Brexit concerns and suggested he was unconvinced by the assurances chief minister Fabian Picardo and deputy chief minister Joseph Garcia gave in their New Year messages. He even beat Mr Azopardi to the punch, the new GSD leader echoing some of Mr Bossino’s views when he delivered his own New Year message several days later.

Mr Bossino was clearly keen to reach as wide an audience as possible, as the text of his video blog was also published in full as an opinion piece in this newspaper. A conscious attempt, it seems to me, to elevate his profile.

Could he be thinking of standing at the next election and if so, with whom?

Or join the other independent and ex-GSD member Marlene Hassan Nahon’s Together Gibraltar movement?

Maybe even return to the GSD fold if Mr Azopardi, his old colleague in the Gibraltar National Party, can persuade him?

I asked Damon Bossino all these questions.

His reply, I’m afraid, was just an enigmatic smile.