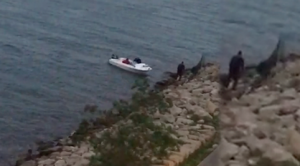 A video on Facebook of suspected smugglers loading a small boat with boxes of tobacco brought back unhappy memories. It was posted by opposition MP Trevor Hammond, so I suppose it wasn’t an entirely politically neutral move on his part. Still, I found it unsettling. Mr Hammond says the recording was made in the middle of the afternoon, in broad daylight, and with children playing in the area. 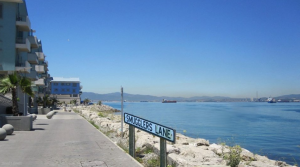 The incident took place on the quayside north of Waterport Terraces, and does not appear to have been a one-off: someone else on Facebook put up a photo with a mocked-up road sign dubbing it “Smugglers Lane”.

Mr Hammond says he’s been told there’s also regular smuggling activity at Eastern Beach and wonders whether a blind eye is being turned. For Gibraltar’s sake I hope it isn’t. We learned the hard way over twenty years ago that if we tolerate this sort of thing it will only get worse.

Smuggling has always gone on of course, but its exponential rise in the mid 1990s created huge social problems for the Rock. Teachers reported half-empty classrooms and many sleepy faces among those who did turn up. The suspicion was they’d been up half the night seduced by the lure of easy money, helping to load up the fast launches or acting as lookouts for their pilots. Why bother putting yourself through GCSE and A Level exams when you can earn far more right now than you’re likely to when you eventually return home as one more university graduate looking for a job? Gibraltar was awash with stories of young men showing up in car showrooms and offering to buy the swankiest models in cash, with thick wads of notes they would produce with a flourish from stuffed pockets.

And not only was it lucrative, it was also glamorous. Apart from the expensive cars, the hallmarks of the ‘Winston Boys’ were the blingy jewellery they wore and the air of impunity with which they swaggered about town.

One Saturday morning I pulled up behind stopped traffic on Engineer Lane. No one was blowing their horn so I assumed there must be a good reason for the hold up. An accident perhaps, or an ambulance call out. Eventually curiosity got the better of me and I walked down to see what was going on. There, outside the Napoleon Menswear shop, were two cars side by side in the middle of the road obstructing traffic in both directions. The gold medallion-laden drivers and their girlfriends had got out and were having a good old chinwag while everyone else waited. Not a policeman in sight to move them along, nor anyone, including me, with the guts to challenge them.

Please, please let’s not have a return to those bad old days. It’s terrible for the moral fabric of our small nation. And it’s suicide for politicians too. The GSLP, who lost the 1996 election despite having secured a historic 73% majority four years earlier, know it full well. Their 2007 and 2011 manifestos pledged there would be no return to the fast launch activity. Let’s hope the absence of this commitment from the 2015 GSLP/Liberals manifesto isn’t a bad omen.