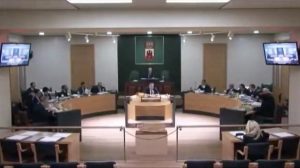 What on earth is that about?

In the face of criticisms from teachers about a lack of consultation regarding planned education reforms, the government responds by giving notice of a parliamentary motion congratulating itself precisely on how much it’s consulted. Rubbing salt in the wound, some might say. Especially when the teachers union GTA/NASUWT says that 86% of teachers who took part in an online survey felt there had not been enough consultation over the relocation of new schools and 79% were of the same opinion in relation to the refurbishment of existing school buildings.

On the other hand the government may have been reacting to political, rather than professional, pressure. The day before the wording of education minister John Cortes’s motion was published we had the rare spectacle, these days, of the opposition speaking with one voice. The GSD and its erstwhile colleague Marlene Hassan Nahon issued a joint statement calling for “full and proper consultation of teachers at all levels”, while the other independent MP and former GSD member, Lawrence Llamas, published the first part of an extensive survey in which he claimed that 82% of education professionals who took part were dissatisfied with the level of consultation.

For its part the government claims there has been, and will continue to be, extensive consultation. This has been mainly with head teachers and senior staff, whom it describes as “the legitimate line of communication”. Not every individual staff member may be consulted directly, but all are welcome to express their views and the government says it strongly encourages them to do so. Working groups that include teachers at all levels have been set up to study the impact and likely consequences of the wide-ranging reforms.

My concern here is not about who’s right or wrong. In fact, it may simply be a case of each side seeing things from their own perspective with the truth residing somewhere in the middle.

What vexes me is that seventeen grown-ups should waste parliamentary time debating an utterly unnecessary and, in my opinion, frivolous motion. Of what meaningful value can it be for the government to commend itself “for the open and transparent process of discussion which it has already engaged in with the teaching professionals and support and administrative staff”? And how can the government already know, as the motion asserts, that parents and pupils “will be delighted to see the advanced plans being developed for the exciting new school projects”? To borrow a phrase from Star Trek Captain Jean-Luc Picard, will the mere act of carrying the motion “make it so”? With its majority the government could pass a motion that says black is white and day is night, but how ridiculous would that be?

When Joe Bossano was awarded a knighthood in the 2018 Queen’s New Year Honours List I suggested in this column that his ennoblement might serve to elevate the tone and dignity of parliamentary proceedings. I cling to the hope that this still happens, if not at the next meeting maybe the one after.