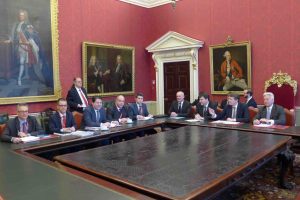 When it comes to Brexit I think many of us in Gibraltar fail to see the wood for the trees in one important respect.

Why is it that we’re on tenterhooks as to how any eventual UK/EU deal will apply to us? Indeed why do we fear that, when push comes to shove, the British government might exclude us altogether if threatened with a Spanish veto? And why is there trepidation whenever the Joint Ministerial Council meets to discuss Gibraltar-related Brexit matters?

My own view is that the UK is not behaving as it morally should towards the 30 thousand loyal Britons who live on the Rock. After more than 300 years of shared history we should be confident of Britain’s support. 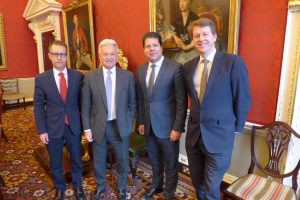 Instead our elected leaders are having to fight for it. Sure, Number Ten, the Foreign Office and the Department for Exiting the European Union reiterate at every opportunity that there’s no danger to British sovereignty over Gibraltar arising out of the Brexit negotiations, and most welcome these assurances are. But Brexit is also about our prosperity and well-being and regarding these, the future is much less certain.

A year ago we had the first tangible example of HMG’s lack of robustness. Whereas Theresa May’s letter to European Council President Donald Tusk triggering the Brexit process referred to the potential problems Brexit might suppose for the operation of the border between the Republic of Ireland and Northern Ireland, there was no specific mention of Gibraltar.

Chief minister Fabian Picardo played this down at the time, noting that although the letter did not mention Gibraltar specifically it did cross refer to an earlier White Paper that dealt with Gibraltar issues. But a book by the political editor of the Sunday Times claimed that Mr Picardo was “enraged” by the absence of an explicit reference.

He had cause to feel aggrieved again when Spain’s veto over the application of any post-Brexit agreement to Gibraltar was upheld at every stage, from the European Council’s negotiating guidelines in April 2017 through to the EU’s draft withdrawal treaty published a fortnight ago, with barely a squeak from the UK. 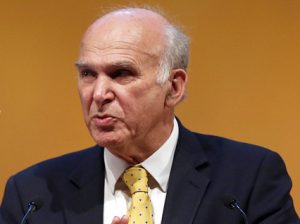 The respected leader of the UK Liberal Democrats, Sir Vince Cable, says the Conservatives’ first act in response to the publication of the joint negotiating position should have been to insist on the removal of the Spanish veto clause.

Earlier this month, following the latest Joint Ministerial Council meeting, it was announced that Gibraltar financial services firms would continue to have access “as now” to UK markets after Brexit, but only until 2020. Why? Echoes, for me, of 1984 when another Conservative government, led by Margaret Thatcher, attempted to sugar the pill of the naval dockyard closure with a financial package over a number of years, but nothing after that.

Beyond 2020 the intention, according to a British government press release, is to design a “replacement framework”, but there’s no guarantee this will happen. What becomes of our finance centre if the UK and Gibraltar fail to reach an agreement? Let’s not forget, as Justin Webb pointed out when he interviewed Fabian Picardo for BBC Radio’s Today programme last Thursday, that Gibraltar competes for financial business with the City.

Incidentally, Mr Picardo told GBC that access to UK markets would continue “until the end of 2020”. But the UK statement is not so specific. Unless Mr Picardo has received separate assurances, there’s nothing to stop the UK terminating access at midnight on the 31st December 2019.

Writing in The New European, Vince Cable says the British government’s “weak negotiating stance (with the EU) has left Gibraltar facing the possibility of the hardest Brexit of all”. However, the chief minister has asserted that the Gibraltar parliament will have the final say in determining what parts of an eventual Brexit deal are applied locally. I wish him and the rest of his negotiating team the best of British luck.

Provided you have deep pockets it seems that in Gibraltar you can break the speed limit as often as you like, and even drive dangerously, without being made to suffer too much.

In court recently a man owned up to more than 30 charges of speeding over a period of four months and also pleaded guilty to one count of dangerous driving. He received an admittedly hefty fine, but there was no mention in the news of his having been disqualified from driving for any length of time.

I guess the court understood his plight: the poor chap, who lives in Spain but works on the Rock, is often running late, hence his tendency to speed “a bit”.

I hope he had enough money left over after forking out for the fine to invest in a good alarm clock.