I counted 29 references in the GSLP/Liberals’ 2015 election manifesto to the importance they would attach if re-elected to reaching out to those who would be affected by proposed initiatives. I won’t list them all, but here’s a sample:

What then are we to make of recent events?

It’s hardly surprising, therefore, that elements of the profession were concerned when the major decision to replace Bayside and Westside schools with two new, co-educational schools next to each other was announced with what many teachers considered to be insufficient consultation. 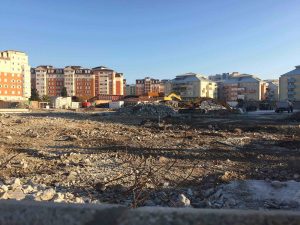 89% of teachers surveyed by their union supported the decision to build two new secondary schools. But 81% did not agree they should be located adjacent to each other and 80% wanted the government to reconsider and build the schools in separate locations. However, with the Waterport site where they’re set to be built now fully demolished, there appears to be little prospect of further consultation, at least on this particular aspect of the project. 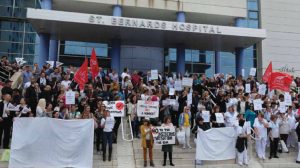 Unite the Union has always had a cosy relationship with the GSLP/Liberals. In 2015 it publicly backed them just days ahead of the general election. Yet the relationship came under strain recently over the Grand Home Care/MedDoc fracas and what the union sees as a government policy of privatisation through the back door. 400 GHA members attended a union-organised walkout – not much consultation in evidence there. 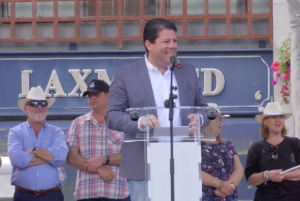 Maybe it was in order to repair the damage that, in his May Day message, the chief minister announced his intention to legislate to introduce statutory private sector pensions, a long-standing Unite objective. Fabian Picardo said he would consult: “with a number of organisations and sectors to ensure we have the best and most modern and progressive law possible for employees and for employers”.

But one of the most influential employers’ representative bodies took instant umbrage. The chamber of commerce lamented that whereas the government appeared to have found the time to address the pensions issue with the unions, it had not had time “to hold meaningful discussions with the chamber or the private sector at large”. It called for “a period of true consultation to achieve an outcome which balances the interests of employers and employees alike”.

Teachers. Unite. The GHA and the business community: four important constituencies the government has upset in the past few weeks. More than halfway through their second term of office the GSLP/Liberals would be foolhardy to ignore the warning signs. Before long it’s the whole electorate who will be consulted.