It’s an old chestnut I know, but is our current voting system the best for Gibraltar? 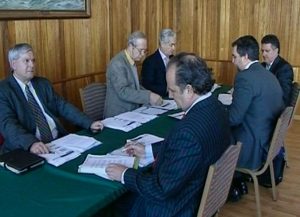 The Commission on Democratic and Political Reform that reported in January 2013 concluded that the present block vote system has, “despite its deficiencies, served Gibraltar well over the years since its inception and should be retained”. But it noted that there was only a slight majority in favour of it among those who responded to the consultation paper, and the Commission itself did not have a unanimous position: in a minority report, Robert Vasquez QC suggested there were many ways in which the existing system “can and should be improved” and he advocated the adoption of a “Parallel System” combining proportional representation with the first-past-the-post system that’s used in the UK.

I was prompted to write on this subject after reading about the primaries to choose the Democratic Party’s candidate for mayor in Maine. For the first time, this north-easternmost US state conducted the election using what the Americans call ranked choice voting, or RCV. Elsewhere it’s better known as STV, the single transferrable vote, and is used in countries like Australia, Ireland and Malta. The system allows electors to rank as many, or as few, candidates as they like in order of preference. In contrast, at general elections in Gibraltar we can only vote for a maximum of ten candidates, even though there are seventeen seats in parliament, and there’s no mechanism to reflect that we prefer one candidate to another.

With RCV, candidates do best when they attract a solid core of first-choice support but also garner plenty of second, and even third choice votes. That’s because once a candidate reaches the threshold required to be elected, any surplus votes go to voters’ second choices, and so on until the total number of seats have been allocated.

Research shows that RCV boosts voter turnout. A study of 79 elections in 26 American cities found that it was associated with a 10% increase in turnout compared with non-RCV primary elections. In a Gibraltar context, it could increase the chances of independent candidates getting elected.

Furthermore, advocates say the system also helps reduce partisanship and negative campaigning, as candidates must try to appeal not just to their traditional supporters but to a wider cross section of the electorate.

This should resonate strongly on the Rock where so many of us, me included, are turned off by the divisive nature of our politics. In the Maine election two of the outsiders figured they might improve their prospects by campaigning for second-place votes. Accordingly, both asked their supporters to also vote for the other.

I’m not holding my breath waiting for Fabian Picardo and Keith Azopardi to do likewise, even though they started off as political stablemates. But anything that might encourage our elected representatives to, if nothing else, be civil to each other is surely worth considering.

The Economist newspaper summed it up well: “RCV may be unable to force liberals and conservatives to like each other, but it could at least blunt the electoral effects of hyperpartisanship”.

3 thoughts on “Should Ranked Choice Voting be used in Gibraltar elections?”