So, now the dust has settled where does Gibraltar stand?

I’m talking about Brexit of course, and the conflicting views as to whether Spain actually gained anything from its eleventh-hour strop that threatened to derail last Sunday’s European summit at which the draft withdrawal agreement and the political declaration for the UK’s future relationship with the European Union were endorsed. 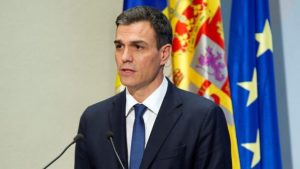 On the eve of the summit, Prime Minister Pedro Sánchez grandly announced that he was lifting his so-called veto on the talks taking place because he’d extracted “historic” and “transcendental” concessions that would eventually lead to the resolution of the 300 year old dispute over Gibraltar, no less.

In truth I was a little concerned as I heard him live on television, and there are reasons to be wary. If, against the odds, the House of Commons approves the withdrawal agreement, there’ll be a transition period after which negotiations will enter the “future relationship” phase. At that point Spain would indeed be able to block any trade deal. Not arising out of anything that happened last weekend, but because future EU/UK agreements require unanimous approval. Each member state, not only Spain, would thus have a veto.

Some commentators have been highly critical of what they see as a British climbdown. Writing in The Independent, Sean O’Grady says “the fate of Gibraltar – constitutional, economic and political – is now subject to a foreign power with the force of the EU behind it”. Meanwhile the chairman of Lawyers for Britain, Martin Howe QC, considers that prime minister Theresa May’s “loud and voluble protestations that she will protect Gibraltar from Spanish incursions into its sovereignty are completely worthless, because she is handing to Spain the legal power to insist on its terms for Gibraltar as its price for allowing the UK to escape from the disastrous (Irish) backstop Protocol”.

It was concerning, too, to hear European Commission president Jean- Claude Junker say that the EU was “with Spain”. If that’s true today, how much more so will it be the case after the UK leaves the club and he no longer has to carry out a balancing act between two of its members?

Nevertheless the EU declined to reopen the negotiations, as Pedro Sánchez would have liked, to insert a clause giving Spain the power to veto the application to Gibraltar of any future agreement between the EU and the UK. For all his bluster and bravado, the legally binding withdrawal agreement remained unaltered as did the political declaration. 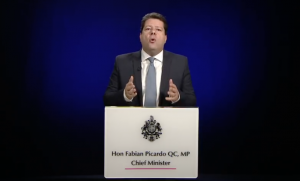 As chief minister Fabian Picardo pointed out in his televised message on Sunday night, “Spain has had to accept a clarification which does not have the weight of legal value that it sought”. And he dismissed declarations that the Spanish premier said he’d agreed with other member states as “pieces of paper that will have no legal effect”.

My initial worries were also substantially allayed when I saw the reaction of Spain’s opposition parties and much of the press. For the PP, the agreements are “shameful” and “a historic failure”, while deploying a footballing analogy, Ciudadanos leader Albert Rivera said Mr Sánchez had taken his eye off the ball and conceded a last-minute goal. 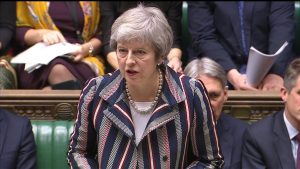 Most of all, Theresa May has been steadfast and resolute. “Our message to the people of Gibraltar is clear”, she told MPs on Monday. “We will always stand by you. We are proud that Gibraltar is British, and our position on sovereignty has not and will not change”. For now, that’s good enough for me.