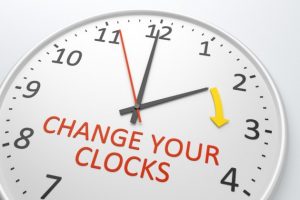 Isn’t it about time we left our clocks alone all year round instead of putting them forward an hour in March only to put them back again in October? The 21 December was the winter solstice in the northern hemisphere, the shortest day of the year. In Gibraltar the sun set at ten past six – I’ve barely finished having tea by then! At least if we were still on Double Summer Time it would be an hour later. It gets worse the further north you go. The UK is an hour behind us anyway, which means that in London, last Friday’s sunset was at 3.53pm: bang on teatime.

Those who know me can confirm that I thoroughly dislike the short days that characterise this time of year. In my childhood and early teens I’d only ever travelled to the UK in the spring or summer, so it was a real culture shock when I arrived as a fresher at university in October 1976 and it was already pitch black in the early afternoon. Luckily I was with two friends who were also starting uni that year and we helped keep each others’ spirits up, otherwise I might well have taken the next flight back home!

Why can’t we stay on summer time permanently?

The President of the European Commission, Jean-Claude Juncker, proposed exactly that last September in his annual State of the Union address to the European Parliament. He suggested an end to seasonal time changes in all Member States following one last switch to Summer Time on 31 March 2019. Members would have had the option of a final reversion to standard time on the last Sunday of October 2019.

The initiative was postponed after countries including Portugal, Greece and the Netherlands called for the time change to be maintained, or for more evidence that the benefits of abandoning it outweigh the perceived disadvantages. However, ministers still intend to press for the twice-yearly change to be abolished in 2021.

Mr Juncker’s proposal followed an EU-wide consultation. 4.6 million citizens responded, with 84% in favour of not changing the time. This month, a survey by the Spanish Centre for Sociological Studies also found a large majority (62.5%) in favour of abandoning the time change. Two in three respondents wanted summer time to be kept all year round.

Daylight Saving Time (DST) was introduced in Europe during World War One by Germany as a means of reducing the use of artificial lighting to save fuel for the war effort. But nowadays we have energy-hungry appliances like televisions, air conditioning units and computers that are in constant use, day and night. In fact, evidence shows that the total amount of energy saved from DST is negligible: a 2008 US report to Congress concluded that electricity savings were no more than 0.03% of the total national consumption; in Indiana, which introduced DST in 2006, energy use actually went up.

Meanwhile, medical research suggests that changing the time disrupts our body clock. This usually results in nothing more serious than making us a little more tired, but it can have worse consequences. Scientists now think that seasonal affective disorder (SAD), which affects around 1.6 billion people worldwide, may be brought on by DST. SAD’s symptoms are akin to those of generalised depression, but the condition is triggered by winter’s shorter days and long, dark nights.

I look forward to spring and the advent of an extra hour’s daylight as much as I lament the change back in the autumn. How much better to remain on an even keel the 12 months of the year.