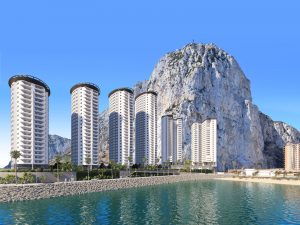 Nearly a year ago in this column I was fretting about the latest project to go before the Development and Planning Commission. How silly of me. The proposed multi-purpose building at Devil’s Tongue was to have a mere 15 floors. Positively dwarfed by what’s planned at Hassan Centenary Terraces. “Standing tall on the east side of Gibraltar”, boasts the website. Not half. 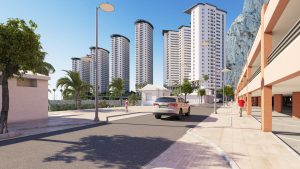 The six towers that between them will contain 665 flats will be of up to 35 storeys and rise to 110 metres. That’s more than double the height of the Tower Blocks in Glacis. I know we need affordable housing: the high level of interest from prospective purchasers proves it. But must they be packed in like sardines?

Three of Gibraltar’s most highly regarded NGOs are so worried that they took the unusual step of issuing a joint statement to outline their concerns. The Ornithological and Natural History Society, the Heritage Trust and the Environmental Safety Group complained that: “such tall buildings will create a precedent for the remaining, major plot awaiting development on the east side, creating a kind of Benidorm effect”. “The impact on beach users”, they added, “has not been assessed adequately”. And “the scale of these buildings, so close to the north face of the Rock and to the beach, will have a negative visual impact on our iconic landscape”.

What’s interesting is that these three organisations are all represented on the DPC. Given their strong objections, logic dictates that they would have voted against the scheme had they had an opportunity to do so. But as they point out: “Government projects are still not subjected to a vote. Thus, this project is presented (to the DPC) for comment, but not permission”.

Only when the new Town Planning Act is adopted will the government require the Commission’s approval before carrying out any development. The Act was passed and published in the Gazette last August, fully six months ago, but has still not come into effect. When will it? I asked. “When all necessary administrative and technical requirements are in place”, came the reply from Number Six Convent Place.

Which could be tomorrow, next year or never.

Let’s see how many more Hassan Centenary Terraces are sanctioned before government projects are finally reined in. 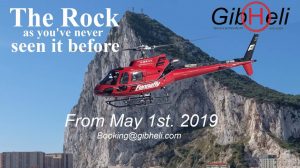 Credit to Fonnafly, the Norwegian company due to start helicopter tours around Gibraltar in May. When I wrote this article for the Gibraltar Chronicle I berated them for describing  the Rock on their website as “a crown colony since 1830”. Happily this has been rectified and Gibraltar is now correctly referred to as a British Overseas Territory. Well done chaps!