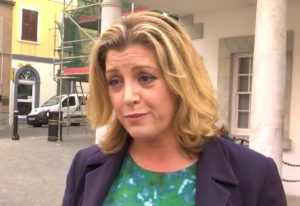 There must be more to Penny Mordaunt than meets the eye. When she visited Gibraltar in 2015 as minister for the armed forces she stonewalled me as she arrived for a meeting at Number Six Convent Place, only to emerge minutes later – presumably under advice – and grant me the interview I was initially denied. Ms Mordaunt has now been given the top job at the MoD, becoming the first woman to be appointed defence secretary. It shouldn’t do her hopes of one day becoming prime minister any harm. 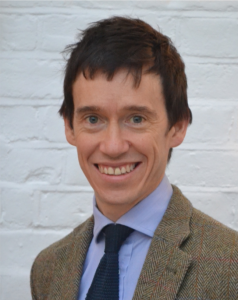 For my money though, her successor as international development secretary is a better bet. Rory Smith impressed me when he came to the Rock five years ago as part of the Foreign Affairs Committee that heard evidence from Fabian Picardo, and he’s being touted by some as the next Tory leader. The former prisons minister speaks 11 languages and is a straight talker: when asked on the first day in his new job whether he’d throw his hat in the ring once Theresa May has left office he simply said “yes” – the first cabinet minister to do so.

Mr Stewart served in the Black Watch, and is a bestselling author. Before becoming an MP in 2010 he was a Harvard professor and an adviser to Barack Obama. A bit of an action man, he carried out a 6,000-mile walk across Iran, Nepal, India, Pakistan and Afghanistan, where he set up a charity, and delivered his first son himself. Brad Pitt once bought the rights to his life story.

The Sunday Times described him as “a political exception: a round peg in a round hole” who “even knows what he is talking about. And that, in politics these days, really is a surprise”. Praise indeed from the UK’s newspaper of record. The 46-year-old may be regarded as something of an outsider to replace Mrs May, but I reckon his time will come. If the Conservative Party survives its present crisis, that is.

One thing that university life engendered in me that has nothing to do with academia is my love of snooker. I don’t think it exists any more but when I was an undergraduate, my students’ union building boasted a fabulous snooker room where we’d spend many an hour – possibly too many – hoping to put together a decent break as we took an *ahem* hard-earned break from our studies. If I remember rightly, just 50p bought us an hour under the lights at the green baize table; those were the days!

It was during my first year, in 1977, that the World Snooker Championship moved to its present venue, the Crucible, in Sheffield. Watching the tournament on television I was soon hooked. Mind you, it took some dedication watching a sport in which colour plays such an important part on a black-and-white TV set as I had to. Only the white and black balls were clearly distinguishable, all the others were a washed-out grey.

In fact, some years earlier the BBC2 Pot Black programme that did so much to popularise snooker was devised precisely to exploit colour television technology. Not everyone owned a colour TV set though and this had to be borne in mind by commentators, who usually did an admirable job. Every now and then, however, they slipped up. As when the “voice of snooker”, Ted Lowe, not-so-helpfully told viewers that: “for those of you watching in black and white, the pink is next to the green”.

Of course, television coverage has come on by leaps and bounds since the seventies and for the past fortnight I’ve been transfixed, following the fortunes of my favourite players in this year’s World Championship.

I was rooting for Stuart Bingham who unfortunately lost in the second round. Bingham, who took the title in 2015, was also the gracious winner of this year’s Gibraltar Open. After lifting the trophy and pocketing the £25,000 top prize he said he loved coming to the Rock and looked forward to returning next year, possibly making a family holiday of the trip.

Contrast his attitude with that of world number one Ronnie O’Sullivan who quipped that he would “rather sleep in a pig sty” than play here. I, for one, was pleased to see him get his comeuppance in Sheffield: O’Sullivan was knocked out in the first round by an amateur, the first time that’s happened in the competition’s 92-year history.