When I retired my colleagues put together a tribute video that I will always treasure.

One of them paid me the ultimate compliment. He said they would miss my deep knowledge of anything worth knowing in the 1970s and 80s – not so much about news or current affairs but about rock music!

He was mistaken of course about my expertise on the subject, but correct in identifying one of my greatest passions.

In my early teens I got my music ‘fix’ from local radio programmes like the Top Twenty Show that I would record on a basic cassette player and curse every time the presenter spoke over a song’s beginning or end.

As I listened contentedly to the likes of Sweet and Slade, Gilbert O’Sullivan and Gary Glitter (oh dear!), I was unaware that a whole new musical world was out there waiting to grab my attention.

A schoolfriend lent me his copies of Machine Head: 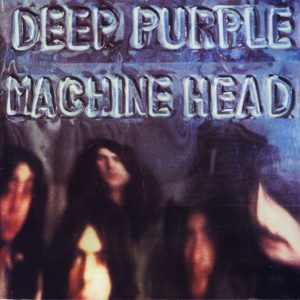 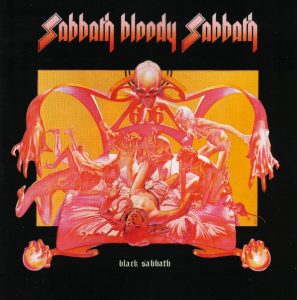 and – well, there was just no going back was there!

Every now and then I’ll write about my favourite bands/albums/concerts (I saw Sabbath in January) . But I’d also like to hear about yours. Why not drop me a line? 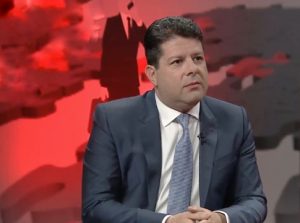 Is the romance, such as it was, between Fabian Picardo and Scottish First Minister Nicola Sturgeon over? Listening to the Chief Minister on GBC’s Direct Democracy programme it would seem so.

When the UK as a whole voted in last year’s EU Referendum to leave the European Union Gibraltar was left casting about for friends. Scotland, which also voted to remain but by a smaller majority (62% compared with Gibraltar’s 96%), was an obvious ally. Within days talks had taken place and Mr Picardo confirmed in parliament that he and Ms Sturgeon had agreed that they had “a common purpose in exploring possibilities which could achieve our common objectives.” The talk then was of a possible alliance between them and Sadiq Khan, the Mayor of London, that also voted overwhelmingly against Brexit.

In July the Chief Minister and his deputy Joseph Garcia welcomed the First Minister to Gibraltar House in London. In a statement afterwards Number Six Convent Place said it was agreed that technical teams would continue their work to explore further the potential commonality of interests between Scotland and Gibraltar.

Yet in recent months, unless I missed it, not much has been heard about the work of these technical teams, nor indeed have the words “Scotland” or “Nicola Sturgeon” exactly tripped off the tongue of our political leaders when discussing Brexit.

It may be that the First Minister’s call for a second referendum on Scottish independence, much to the annoyance and consternation of Theresa May’s Conservative government, has had something to do with it. Unlike many Scots, Gibraltarians, for now anyway, have no ambition to be independent and the government may not wish to be associated with that aim.

Whatever the reason, Mr Picardo is certainly singing a different tune now.

“We can take the route of Scotland and confront the Prime Minister on every step she takes”, he said on Direct Democracy, “or we can take the route that we’ve taken.” Which of course means throwing in your lot with Westminster rather than Holyrood, and joining the Joint Ministerial Council on Brexit, whose chairman Robin Walker MP was in Gibraltar last week.

At the end of the day Fabian knows which side his bread is buttered on!

KNOWING YOUR A**E FROM YOUR ELBOW

On a bum note, I’m sure the Chief Minister didn’t mean to offend the hard-working professionals in the Gibraltar Health Authority by how he referred to them in last week’s programme.

After denying that morale in the Authority is low following the resignation of several consultants (it’s “higher than ever” he claimed), and attributing recent criticisms of the GHA to the “bad apples” that have been thrown out, Mr Picardo suggested the important people are the “Rump…that are getting on with it.”

Now besides being your backside, the rump is also defined in the Oxford Dictionary as “A small or unimportant remnant of something originally larger.”

Quite the opposite of what Mr Picardo meant, and I’m sure the staff took it in the way it was intended. 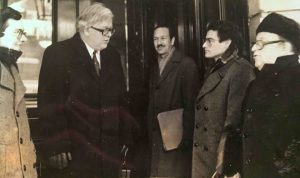 Twenty-nine years ago the peace and tranquility that characterise Gibraltar were rudely shattered by one of the most disturbing incidents in our modern history.

On Sunday 6th of March 1988, a beautiful sunny day, soldiers of the elite SAS regiment who’d been undercover on the Rock for a week shot dead three members of the Provisional IRA who were returning on foot to Spain.

Mairead Farrell, Daniel McCann and Sean Savage were believed to be planning an attack at a Changing of the Guard ceremony outside the Convent due to be performed by the Royal Anglian Regiment two days later. That Sunday, Savage had parked a car mistakenly thought to contain explosives in the parade’s assembly area beside Ince’s Hall. When the other two joined him all three started to head back towards the border.

None of them made it.

When they reached Winston Churchill Avenue the terrorists became aware they were under surveillance. The operation compromised, the soldiers drew their weapons and fired fearing the supposed car bomb might be detonated by remote control there and then.

That day my family and I had been for lunch to La Linea. No mobile phones in those days but I soon heard what had happened, and rushed to GBC where I found the newsroom already buzzing. Piecing together what had happened wasn’t easy. The Internet didn’t exist either of course, and the authorities weren’t exactly bending over backwards to provide information in what was a very delicate and fluctuating scenario, with political as well as operational ramifications. Still, I think the local news media did a pretty good job of keeping the community informed and updated.

Naturally the “IRA Incident”, as it was dubbed, dominated local news in the weeks and months that followed. I’d been with GBC for three years by then and had plenty of experience of court reporting. I was therefore not surprised when I was assigned to cover the inquest into the deaths, although I also took it as a huge vote of confidence in me by my bosses.

The public hearing opened on 6th September, six months to the day after the shootings, and lasted nearly four weeks. It was the first time members of the SAS gave evidence in open court in a case involving the IRA, and they did so anonymously and behind a screen to protect their identity.

I sat spellbound throughout, fascinated by the testimonies of a total of 79 witnesses. On 30th September the eleven-member jury, unable to reach a unanimous verdict, ruled by 9 to 2 that the IRA operatives had been lawfully killed.

Much of the evidence was of a graphic nature but I think what most shocked me occurred not in the courtroom itself, but in the café across the road.

I was there one morning during a recess writing up my report for the lunchtime radio news when a group of UK pressmen came in and sat at a nearby table. They’d failed to hear some of the Coroner’s remarks and were debating what to do.

Maybe they were under pressure to file before an upcoming deadline, but their proposed solution wasn’t what I expected. They compared notes, agreed between themselves what the Coroner must have said, and resolved to all run the same line whether or not it was accurate.

Hopefully it was a one-off, and thankfully most serious journalism is accurate and fair, but never had the saying “Don’t believe everything you read in the press” seemed to me more apposite!

After more than 30 years in the broadcast news business I finally put away my notepad and microphone three months ago. I thought: time to put my feet up, spend more time with the family. Read. Listen to music. Watch films.

And hey, I’m doing all that.

But once a newsman always a newsman they say. And now I can write about what I like – within reason of course!

When I was asked by the local daily, the Gibraltar Chronicle, to contribute a weekly column I jumped at the chance. Then I thought, why not start a blog where I could post all the articles in one place?

And that’s just what I mean to do.

The focus is mainly on issues that interest and affect my fellow Gibraltarians. But if things go well I plan to write about other things – yes, music and films for instance – that may find a wider audience.

Before I close an apology: I’m new at this game. It’s my first blog and I’m very much learning as I go along.

So if I screw up please bear with me. I’ll try to improve, I promise!

Thanks for being there.